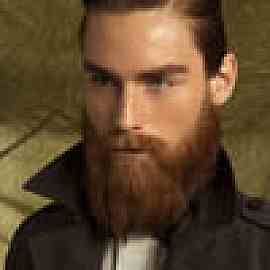 Just what you'd expect from Cisneros--vivid language that leaves you with fragments of flavors, colors, sounds, and sensations. You travel to and from Chicago, Mexico, and San Antonio with the characters and you grow to love them along the way. What I didn't like was the ongoing metafictional conversation between the narrator and the grandmother about memory and facts, and how they are altered for the greater truth of the story. Why do authors writing autobiographical novels feel the need to justify this? It's one thing to call a book non-fiction if it isn't. But this is a novel--a beautiful and memorable story. Heads up. The war in Iraq has officially ended but The Long War has not. Iraq and Afghanistan are but two fronts in an ever-expanding military campaign. From page 193: "'Our conflicts tend to be timeless,'" Gen. Sir Rupert Smith wrote in his book The Utility of Force, "'even endless.' Sir Rupert thereby put his finger on one key element of the gradually emerging conventional wisdom in the U.S. military: An officer corps that had once resolved to avoid protracted war at all costs now (post 9/11) contemplated an era of conflict without end." How did this happen? And just what are we accomplishing? Bacevich wants to know and has made it his business to find out. "Washington Rules" is the fourth installment of a thesis on American militarism and foreign policy from one of the (if not THE) most important voices to be heard on both subjects. Bacevich's scholarship and credentials are exemplary. He's also a good writer, which is a good thing because all four books need to be read. He's written more than that, but I consider these four of a piece: "The Limits of Power," "The Long War," "The New American Militarism," and "Washington Rules." On page 5 of "The Limits of Power," the thesis commences with Bacevich's contention that "the actions of Saddam Hussein and Osama bin Laden, however malevolent, cannot explain why the United States today finds itself enmeshed in seemingly never-ending conflict . . . the impulses that have landed us in a war of no exits and no deadlines come from within. Foreign policy has, for decades, provided an outward manifestation of American domestic ambitions, urges, and fears." "Washington Rules" follows the evolution of American military policy and strategy from post-WW II to post-9/11, starting with the contributions of two men: Allen Dulles and Curtis LeMay. From page 24: "If historical standing were a function of enduring legacy, then Allen Dulles and Curtis LeMay, both all but forgotten today, would each rate a memorial on the Mall in Washington . . . During the pivotal decade of the 1950s, they raised to prominence two organizations that helped define the maxims by which Washington came to operate, and went a long way toward enforcing them as well: in Dulles's case the Central Intelligence Agency; in LeMay's, the Strategic Air Command." The book winds up at GCOIN, America's global counterinsurgency initiative, also known as The Long War, which amounts to the current state of military affairs, spearheaded by Gen. David Petraeus. If you're wondering how the heck we got from Dulles and LeMay to Petraeus, well, you should. Read this book to find out. Americans don't pay much attention to war anymore, so if you're one of those in need of a reason to care about The Long War, consider this, from page 217: "The numbers, whether measured in dollars expended or lives lost were (and are) almost certain to be daunting. One optimistic retired four-star general put the bill (of the war in Afghanistan)at approximately $600 billion." And Afghanistan is not where this military campaign ends; until Americans start paying more attention, there's no end in sight.