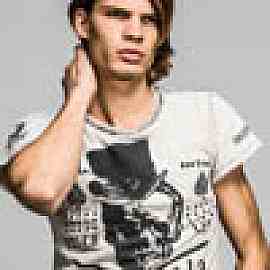 In the Twilight of Atheism, Alister McGrath gives readers a historical overview of atheism that includes its strengths and its flaws. His analysis is both insightful and honest without disrespect to the many great minds that believe in a godless universe. McGrath, as a Reformation scholar, even suggests, by drawing together a number of scholarly studies on the origins and development of Protestantism, that there is a significant link between the Reformation and the emergence of atheism. He reminds atheists, who seem to forget, that “The belief that there is no God is just as much a matter of faith as the belief there is a God. If ‘faith’ is defined as ‘belief lying beyond proof,’ both Christianity and atheism are faiths. While this suggestion may seem astonishing to some atheists, it is not only philosophically correct but also illuminating in shedding light on the changed fortunes of atheism in recent years.” For those who think one cannot be a legitimate scientist and still have a belief in God, McGrath cites a major survey of the religious beliefs of scientists carried out at the beginning and end of the 20th Century. The original survey taken in 1916 showed that 40 percent of scientists had some form of personal religious beliefs while 40 percent had none and 20 percent were agnostic. In 1996 the survey was repeated and the amazing results were exactly the same. One noted scientist, Albert Einstein, denied being an atheist. Walter Isaacson in his biography of Albert Einstein writes this about the great scientist beliefs, “Throughout his life, he (Einstein) was consistent in deflecting the charge that he was an atheist. ‘There are people who say there is no God,’ he told a friend. ‘But what makes me really angry is that they quote me for support of such views.’” Isaacson also writes of an interview Einstein gave to George Sylvester Viereck shortly after his fiftieth birthday. Viereck asked Einstein if he believed in God and Einstein said, “I’m not an atheist. The problem involved is too vast for our limited minds. We are in the position of a little child entering a huge library filled with books in many languages. The child knows someone must have written these books. It does not know how. It does not understand the languages in which they are written. The child suspects a mysterious order in the arrangement of the books but doesn’t know what it is. That, it seems to me, is the attitude of the most intelligent human being toward God. We see the universe marvelously arranged and obeying certain laws but only dimly understand these laws.” The reality is that there are no definitive answers on either side of the debate, so it comes down to a person making a choice as to what they believe. My problem is with the name calling that has recently been evident in the atheist camp. This new tactic takes the position that if you can’t prove something empirically then you need to verbally bludgeon the opposition by name calling such as: simple-minded, stupid, imbecilic, and other deprecatory rhetoric. This has become one of Richard Dawkins weapons against theistic belief. George Orwell in his novel Down and Out in Paris and London describes the character of Bozo in this way, ‘He was an embittered atheist (the sort of atheist who does not so much disbelieve in God as personally dislike Him). This seems to describe Dawkins’s recent diatribes against religion McGrath, at the end of the book, takes a more reasonable stand. He says this about the attitude believers need to have, “Atheism stands in permanent judgment over arrogant, complacent , and superficial Christian churches and leaders. It needs to be heard. In the closing pages of this work, its concerns will be taken seriously and to heart.” The debate, I’m sure, will continue with no definitive answers ever achieved, so perhaps it is more civil to have each side simply respect the others beliefs and let the condescending name calling finally end.